The hidden meaning behind the popular invitation 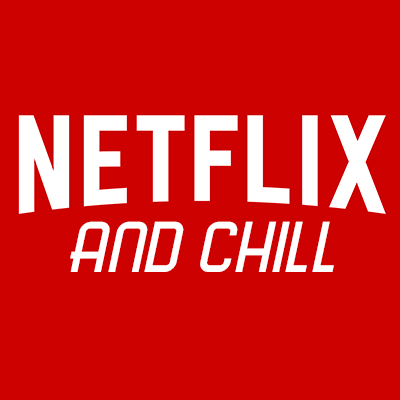 The age of video streaming services is still in its infancy but has already made an indelible mark on America's lexicon. It has led to the creation of terms such as binge-watch and Netflix bipolar and now, "Netflix and chill," one of the most popular slang terms of 2015.

The literal meaning of the term is straightforward. It comes from the popular video streaming service Netflix, which allows you to binge-watch TV series and movies to your heart's content. And the chill part, well, is pretty self-explanatory.

On the outside the phrase appears harmless, after all who doesn't enjoy making an internest and binge watching a whole season of TWD or OITNB? However, on the inside lies a secret filled with raging hormones. In the hands of frisky individuals, the phrase has become synonymous with hooking up, a modern day booty call if you will. Many teenagers and young adults use "Netflix and chill" as a code to hide their ulterior motives behind the innocent guise of watching a movie or TV show. Instead of enjoying a couple episodes with his or her boo, the devious person will make a move on bae 10 minutes into an episode of HOC.

The phrase's popularity has grown side-by-side with the rise in subscribers to Netflix's streaming service. "Netflix and chill" first gained traction in 2011 with mentions on social sites such as Twitter and Facebook. But it wasn't until the end of 2014 and beginning of 2015 that the term really began to take off. Several "Netflix and chill" memes went viral and celebrities like Nicki Minaj helped expose the term to a larger audience with posts on Instagram that unintentionally birthed rumors of her getting pregnant as the result of a "Netflix and chill" session. The phrase has even led to the creation of an app that allows you to see other users near your location looking to "Netflix and chill."

By the fall of 2015, the term entered the mainstream and as more people, especially parents, begin to catch on to the true meaning of the phrase, the coolness of the term will fade. "Netflix and chill" will fall away into obscurity as another clever term takes its place. However, until that happens beware of the invitation to "Netflix and chill," you may be getting into more than just the convoluted plot of "Lost."