HomeBlogEveryone Wants to Play the Game of Thrones

Everyone Wants to Play the Game of Thrones 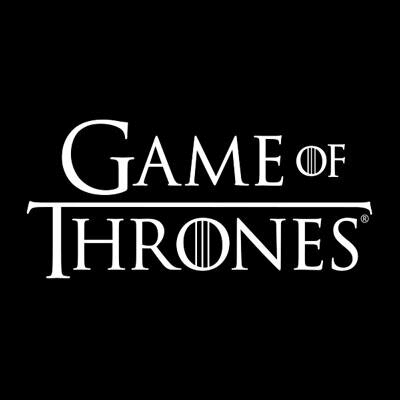 There has never been a television show like Game of Thrones. Television should actually be in quotes since GOT barely resembles a traditional television show. From the high production value (each episode costs around $6 million) to the eagerness to kill off main characters (fans know this all too well) to the sheer scope (filming has taken place on several continents with hundreds of actors), the show transcends many of the limits placed on a TV show.

Possibly the most unique aspect of GOT is how popular it has become despite being set in the niche fantasy genre. Reception of the show has been staggering, to the tune of 19 million viewers, which is the most of any premium cable show.

The show has had an incredible impact in popular culture. Countless pieces of fan art have been created out of love for the series and even more memes, animated GIFs, and videos have circulated the Internet. The series has contributed to pop culture's lexicon, as well, with character quotes and other GOT slang being adopted by fans into their everyday vocabulary.

We're now in the fifth season of Game of Thrones and as the plotting, murdering, and conniving continues, we take a look back at some of the most popular slang the show has produced in the past four years:

How it's used: A popular term on social media that refers to Game of Thrones.

Where it comes from: The term does not come directly from the show like the other terms on this list. Instead, the term is used to refer to the series on social media sites such as Twitter, Tumblr, Instagram, and Facebook. It is often seen preceded with a hashtag (#) and accompanied by some sort of reaction by fans. The term may also appear as "Dem Thrones."

You know nothing, Jon Snow:

How it's used: A popular saying by GOT fans that is used to tell a person that he or she is naive.

Where it comes from: The saying comes from Jon Snow and Ygritte's romantic relationship. Ygritte originally utters the phrase to tell Snow that he lacks understanding of the Wildlings, romance, what life is like north of the wall, etc. The saying became popular among fans much like the AYW quote from The Princess Bride. It has appeared in fan art, in countless memes, and even as a Facebook fan page.

How it's used: A phrase commonly used as a warning, a way to say that something negative is bound to happen, just like winter.

Where it comes from: In Game of Thrones, the saying is the House Stark's motto as they are situated in the north of Westeros and often hit hardest by cold winters.

How it's used: A phrase commonly used by GOT fans to say that a male's guy friends are more important than female romantic interests. The term is a parody of the popular "bros before hoes" saying with the same meaning.

Where it comes from: The "crows" part refers to the Night's Watch, a brotherhood sworn to the protection of the Wall from Wildlings and Whitewalkers. Members of the brotherhood wear black armor and coats, appearing crow-like. The Night's Watch pact lasts until death, which means that the men cannot get married, thus the "guys before gals" sentiment.

How it's used: A more empowered and BA version of princess, which is appealing to females that want to be considered a princess but not helpless or weak like a stereotypical princess.

Where it comes from: The term means "queen" in the Dothraki language, which is proclaimed by some as the new Klingon. Daenerys Targaryen became a khaleesi when she married Khal Drogo, but the BA part comes from the fact that she commands her own dragons and sacks cities like nobody's business.

How it's used: A term, although sounding like a happy event (weddings should be happy, right?), used to describe an event that has turned into a disaster. The phrase can also describe a person who has become a disaster, or mess, as well.

Where it comes from: The term originates from the wedding between Edmure Tully and Roslin Frey when the happy occasion took probably the WORST EVER turn for the worse and became a bloody massacre. If you've read the books or seen the show, you have to wonder what kind of weddings George R. R. Martin has attended. Seriously. Between the red wedding, Khal Drogo and Daenerys' wedding, and the purple wedding, readers and viewers are subjected to some of the most nightmarish scenarios.

How it's used: A phrase used by people who don't want to see a certain person anymore. The phrase has become popular when wanting to break up with somebody or not see a friend anymore. It can also be used as a noun as in "give your gf the moon door already."

Where it comes from: The term originates from the Vale of Arryn moon door featured in Game of Thrones. The door is used to throw people, usually condemned men, to their deaths several hundred feet below.

With the success of the show and guarantee of several more seasons, there is bound to be more slang from the Game of Thrones phenomenon. Just be prepared to endure more heartbreak, because as we all know, winter is coming.