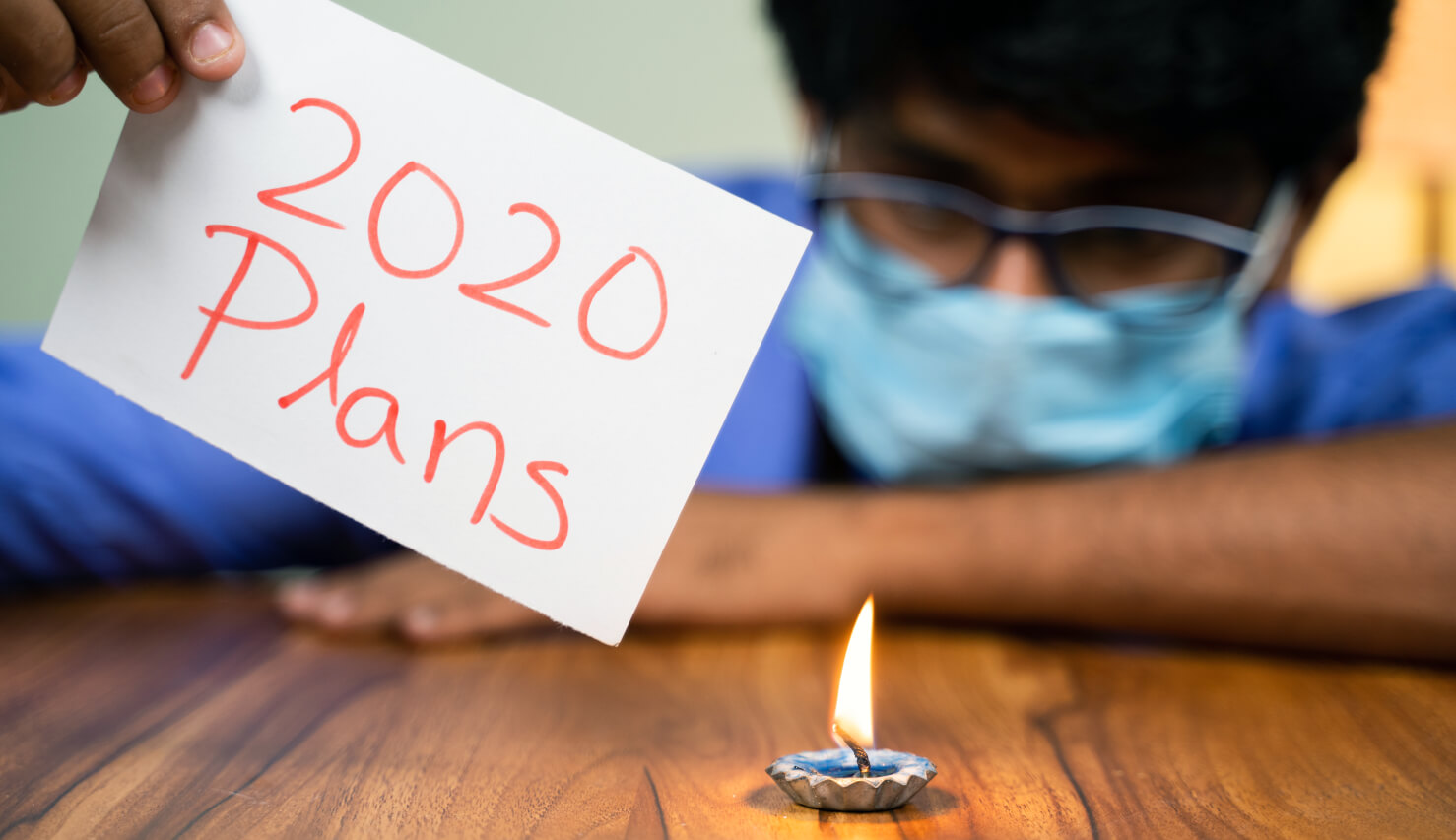 2020 was a terrible year for most things but a banner year for slang. To chart the pandemic-fueled year that was, the editors and writers here at Slangit recently compiled, debated, and finally agreed upon our list of the Top 10 Slang Terms of 2020. While we had many new terms to choose from (quaranfifteen and zooze didn't even make our shortlists), we think we selected a set of slang that aptly describes the existential, experimental year that was 2020.

This year's covid-related quarantines distorted and confounded people's perception of time, leading many social media users to refer to each day of the week as blursday. Every day of the week, month, and year felt much the same to those stuck in their homes, making 2020 feel like one year-long blur.

Because it can describe any day that takes place within a stressful, protracted, or compressed period of time, blursday stands a chance of remaining relevant after COVID-19 subsides. It would be nice, though, if 2021 did not feel quite as blurry as 2020.

9. PEOTUS - President-Elect of the United States

2020's incredibly-contentious U.S. presidential election led to a not-surprising bump in U.S. citizens asking, "What the heck does PEOTUS stand for?" While most voters knew which candidate they wanted to be named PEOTUS, many of them had to look up the acronym to learn that it stands for President-elect of the United States.

After weeks of vote counting, court cases, misinformation, and uncertainty, soon-to-be-President Joe Biden (46) secured enough electors to officially be named PEOTUS on Dec. 4. Assuming things proceed as they should, Biden will become POTUS on Jan. 20, 2021, at which point he'll definitely have his work cut out for him.

The bizarre slang term "go brrr" has its origins in a meme that was first shared near the start of the COVID-19 pandemic. In the meme, a Zoomer attempts to tell a Boomer why the U.S. Federal Reserve shouldn't simply print money to combat a predicted economic downturn. In response, the Boomer says, "money printer go brrr," and watches as the Fed's money printer spits out cash.

A variety of ancillary go brrr memes have since appeared online, with the go brrr meme format applied to problems as consequential as the Iraq War and as insignificant as Cyberpunk 2077's infamous glitches. Social media and forum users may also use go brrr in their posts, with Reddit users being particularly fond of the term.

7. Doom-scrolling - Scrolling through a depressing newsfeed

While confined to their homes, social media users who attempted to rely on Twitter or Facebook for entertainment often found themselves doom-scrolling instead. The gamut of terrible news that users could doom-scroll through made them feel worse about an already awful year, reinforcing feelings of helplessness and dread.

The best cure for doom-scrolling, of course, is to stop scrolling through your newsfeed. If you know any doom-scrollers, be sure to prod them to set down their phone in 2021 and maybe urge them to resolve to stay off social media entirely next year.

Nick Cannon. Ellen DeGeneres. J.K. Rowling. Jimmy Fallon. Each of these celebrities (and many more) were canceled at some point in 2020, which was a banner year for cancel culture.

While cancel culture became a thing in 2019, covid-related quarantines left many social media users with nothing better to do than jump on cancelation-related bandwagons (often incited by celebrities' own social media use). The phenomenon has grown so prevalent that U.S. politicians, including President Trump and President Obama, have decried cancel culture. Obama noted, "the world is messy ... [i]f all you're doing is casting stones, you are probably not going to get that far."

If you're friends with any gamers, 2020 surely taught you that sus is short for suspicious. This abbreviation caught fire in the summer when the video game "Among Us" spiked in popularity on Twitch.

In "Among Us," a group of space-dwelling Crewmates work together to survive and eliminate the Imposters hiding among them. At certain points in the game, players deliberate and vote out those they think are Imposters, usually after reporting those players' actions as sus. By year's end, "Among Us" had become so popular, even politicians like AOC called out players for acting sus.

This year, multiple high-profile incidents of U.S. police brutality led to a resurgent awareness of the Black Lives Matter movement. Most notably, the May 25 killing of George Floyd set off a wave of protests and conversations to ensure those in power hear the voices of those oppressed by, damaged by, and sometimes murdered due to systemic racism.

Throughout the summer of 2020, increased media attention and viral footage of police violence kept BLM at the top of people's minds and changed some people's opinions of the movement. According to the Armed Conflict Location & Event Data Project, U.S. protestors conducted over 10,600 demonstrations between May and August of this year, with many attributed to Black Lives Matter.

While many people worked from home before 2020, the COVID-19 pandemic forced most of the world's white-collar workers to set up a home office and start WFH. As a result of the WFH boom, previously niche teleconferencing and messaging services like Zoom, Slack, and Microsoft Teams exploded in popularity, leading many workers to learn what FOBO means.

In 2021, many of those who currently WFH will likely return to their offices, but some will not. Companies have learned their employees can be just as (or even more) productive working from home as from the office, so for some previously office-bound workers, WFH is here to stay.

2. Social distancing - Isolating from other people

It's going to take some time before strangers feel comfortable standing closer than six feet apart from one another, thanks to social distancing guidelines. In an attempt to slow COVID-19's spread, governments and health agencies began recommending that people keep their distance from one another, and the act of keeping one's distance from others became known as social distancing.

Have you noticed how nearly every term on this list is covid or pandemic-related? That's because the covid virus dominated 2020, making it a shoo-in for Top Slang Term of the Year.

While the 2019 novel coronavirus has many names, including COVID-19, SARS-CoV-2, and rona, the colloquial term is "covid." People went to extraordinary lengths to avoid contracting or spreading covid, forcing the world into a lockdown from which it has yet to recover.

When creating this list, it was impossible to deny the enormous effect covid has had on not just our world, but our language. With any luck, many of this year's top slang terms will be relegated to obscurity by the end of 2021, and we won't see covid atop this list next December.