Winter can be long and grueling for those submitted to its cruelties. Not only are there freezing temperatures, but also snow, ice, wind, and prolonged darkness that will test the mettle of the most-resilient souls. These elements not only forge winter warriors but also shape our language.

Here are 10 slang terms birthed from the trials and tribulations of winters gone:

Wautumn refers to winter weather in autumn. This is the first wake-up call that winter is on its way (and there's nothing you can do about it). You may have just had a beautiful 70-degree October day last week, but a cold front moved in, the temperature dropped to 30 degrees, and you are asking yourself, "Why do I live here?"

Finter is similar to wautumn but a little more fun to say. It is the time when fall and winter overlap (November and December for those of us in the U.S.), creating a peculiar mixture of warm and cold weather (and snow on trees with leaves). You could be wearing shorts one day, then snow pants the next. Layered outfits are the best choice during finger. 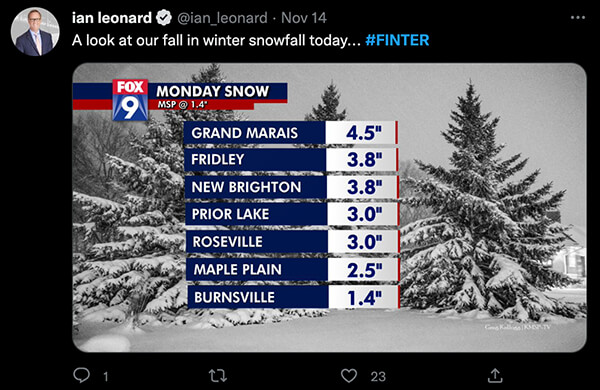 When the temperature hovers around freezing, and you get snow and sleet on and off, you get sneet. While this sloppy combination may occur anytime during winter, it often happens at the beginning or end, when the temperatures toggle between warm and cold. Sneet is cold, wet, and downright detestable.

Snirt is snow that turns brown due to the mixture of dirt. It often accumulates along roads, in parking lots, and on sidewalks where traffic mixes up dirt and snow. Snirt is ugly, which is why Bing Crosby never dreamt of it.

Thundersnow is the coolest-sounding term on the list, not only the name, but the actual sound it makes. This weather phenomenon involves snow, thunder, and even lightning, and is rare because it requires cold temperatures for snow but warm enough air for thunder (and lightning). You'll likely experience thundersnow during storms like blizzards, nor-easters, and bomb cyclones.

If you are outside in the cold for an extended period of time, you'll likely get nosecicles, which are icicles that freeze off your nose. These icy formations consist of snot, or sweat, dripping from your nose (gross, we know) that freezes. Mustachioed men are the most likely to get nosecicles as they shovel, sled, build a snowman, etc., outside. 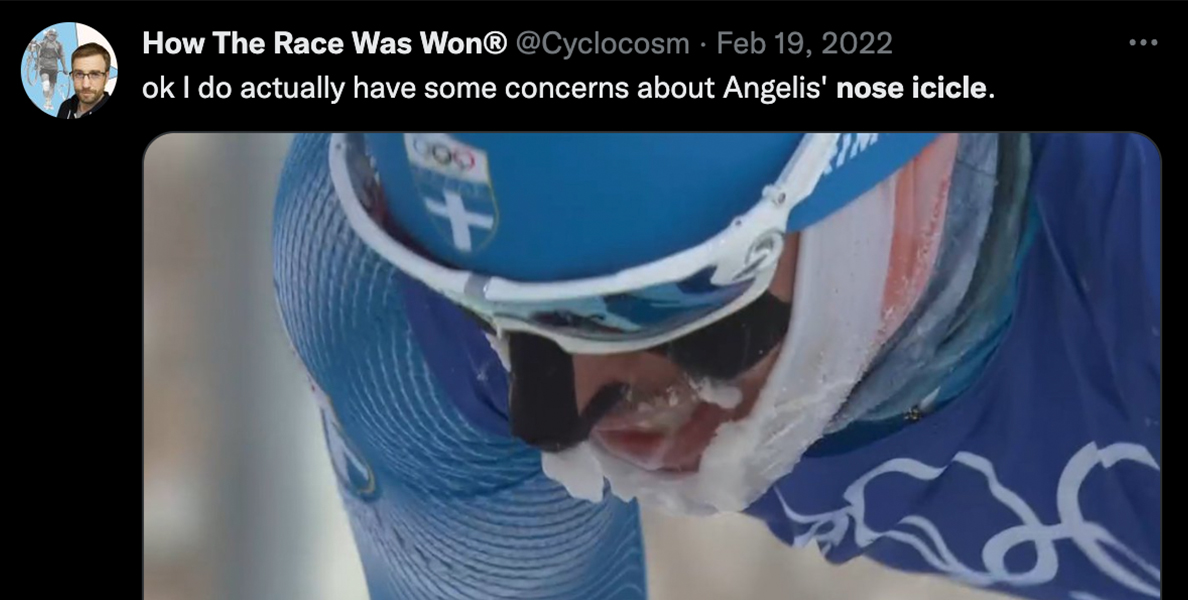 Nippy is the feeling where the cold air hits your skin and makes it seem like it's taking a small, sharp bite out of you. Most people that use nippy are surprised by the cold. For example, if you expect it to be warm because the sun is out, but it's actually 10 degrees, you might exclaim, "Whoa! It's nippy out here!"

BRRRB is a playful variation of the common BRB acronym. The several Rs are meant to make it seem like your teeth are chattering, and fingers are shivering as you type it out.

Blzd is an abbreviation for those snowy, windy, white-out conditions known as a blizzard. For anyone with an overly-concerned parent, every snowstorm qualifies as a blizzard, and you should prepare for the "are you prepared for the blzd?" text.